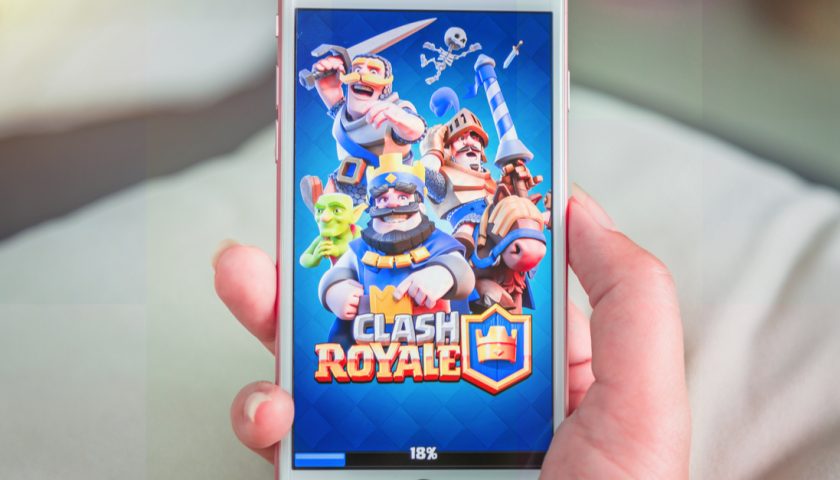 Clash Royale is a popular mobile video game that has brought its developers over 3 billion dollars so far. It combines the best elements of widespread games like collectible cards, tower defense, fighting, strategies, treasure hunting, etc. Let’s get to know more about one of the most downloadable games in the world.

Clash Royale is a real-time strategy video game. It’s been around for years. In this game, players choose from the deck of cards. Depending on the choice, one gets a fantasy combatant. Basically, players fight opponents and protect their towers. The battlefield is colorful, well-animated, and magical. There are elements like the magical elixir, gems, gold, and others.

When players aren’t fighting, they may search for chests and open them to earn rewards. It’s a possibility to customize the game, get specific cards, purchase upgrades, and so on.

Some reviews agree that the game is well-made, but after a while, players get easily irritated, stressed, and angry. On the bright side, they state that the game has beautiful graphics, many features, and challenges.

However, the debate about the game continues as some parents blame the game for their kids’ violence. There has been an extensive discussion of whether the game should have stricter limits or different content. Yet, no one can deny its popularity.

When talking about how good the game is, it’s essential to give it a try. Thrill-seekers find it cool and addictive. Others might find it exciting for a while and quickly get frustrated. Everyone is sure to have some unique impression after playing the game.

Keep in mind that the game has both free and premium content. However, in case you aren’t willing to spend extra money on in-game purchases, free content brings plenty of action. The fantasy game has towers, fighting, defending. It is all covered in strategies.

The game has drawn tons of attention. In addition to millions of fans, the game received recognition on numerous awards. It was nominated as the best mobile game of the year, best multiplayer game, best game, and similar categories. So far, it has won seven awards, including Google Play Awards, British Academy Games Awards, International Mobile Gaming Awards, Finnish Game Awards, and so on.

It’s quite interesting that there is even the Clash Royale League. The official team esports world championship by Supercell. It consists of five leagues from different regions of the world. This annual event first happened in 2018.

Hacking the game for more resources

There are plenty of sites that offer people Cheats Online Generators and similar tools. They allow getting unlimited gems and gold for the game. Keep in mind that these tools aren’t reliable. Moreover, they don’t bring you any pleasure in winning because subconsciously you know that you didn’t win. Clash Royale hack is possible, but is it necessary? Remember that it’s just a game. Even if you like it’s probably not worth the amount of money you plan on spending on it. Be reasonable and play fair to have the best possible gaming experience.

No votes yet.
Please wait...